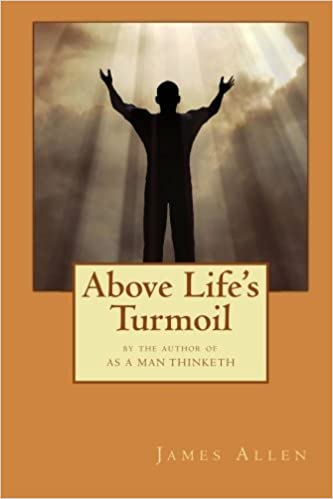 “The turmoil of the world we cannot avoid, but the disturbances of mind we can overcome.”

James Allen wrote above life’s turmoil before his well-known books As a Man Thinketh and From Poverty to Power. This small book of fewer than 100 pages is full of wisdom written in simple language.

He conveys that one is either serving self or living truth. One is either obsessed with self, indulging in self-serving activities and his world revolves around himself, or one is living truth by selfless service, thinking good of all and all his action is for the larger good.

Few Key Points From the Book

1 The Overcoming of Self –

Many have different ideas about overcoming self, like leaving worldly aspiration and living frugally. On the contrary James Allen consider overcoming self, as someone who has mastered ten worthless and sorrow-producing elements in life irrespective of any religion one follows or none at all.

And inculcate the following ten divine qualities, which comprise the Body of Truth.

2) The uses of temptation –

Man must confront self and ask the following questions to self, when not happy with outward life.

A man does not live until he begins to discipline himself; he merely exists. The only difference between the life of the beast and that of the undisciplined man is that the man has a wider variety of desires, and experiences a greater intensity of suffering.

James suggests that as much as contentment is debated whether to be wished, pursued, or does it make one incapable of reaching greater heights of efforts. He explains contentment in the following way.

“To be contented does not mean to forego effort; it means to free effort from anxiety; it does not mean to be satisfied with sin and ignorance and folly, but to rest happily in duty done, work accomplished.”

There are three things with which a man should not be content:

I highly recommend this small book of guidance on becoming a better person in all aspects of life and will give you perspective on success, happiness, and contentment. As they say, everything we touch becomes better, as we get better.

You may download Above Life’s Turmoil E-book from here.

Please share your thoughts on this summary in the comment. I would love to hear from you.

Thank you for reading.